Reducing the Largest Expenses for the Greatest Impact

Can you live closer to work? Or find a more affordable and flexible living situation?

Can you drive less? Or give up driving all together to use public transit or walk/bike?

Can you eat out less and make more meals at home?

The Case Study of Bill

To illustrate the power of big lifestyle changes on a person’s budget and their life I made a case study using my rental property in Austin, TX. Let’s take a look at how the decisions Bill makes in each spending category impact him.

One decision to look for a new place to live led to many other compounding decisions in his life. Bill not only gained a significant financial boost he felt like he had more freedom too. He was able to live with less stuff because he only moved in with the items he uses regularly. He now has direction in his life and isn’t just working to get by.

His next step is to get his employer to let him work from home. Then when it’s safe to do so he wants to move around the US and try living abroad. With his savings nearing $1,000 a month he can now afford to do so!

Housing and transportation make up 50% or more of most people’s spending. Save thousands each year by reducing either of them!

Housing is a juggernaut, eating up 30, 40, even 50% of our income. It provides a place to eat, sleep, bathe, store our stuff, socialize, relax, and more. That’s a lot of value and for that reason housing will always be most people’s largest expense.

Even though renting doesn’t build equity it can be more flexible and affordable with coliving. 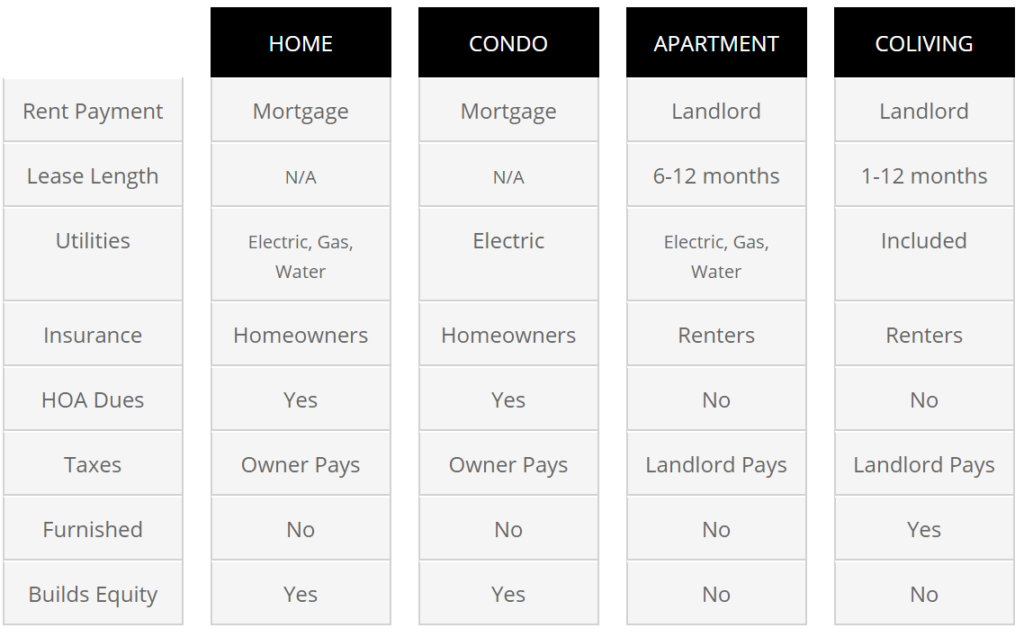 Looking at the chart there are pros and cons to owning and renting.

If you’re located in an urban city try the bus or bike share program out. Both options are healthier for you and the environment and can save thousands a year. 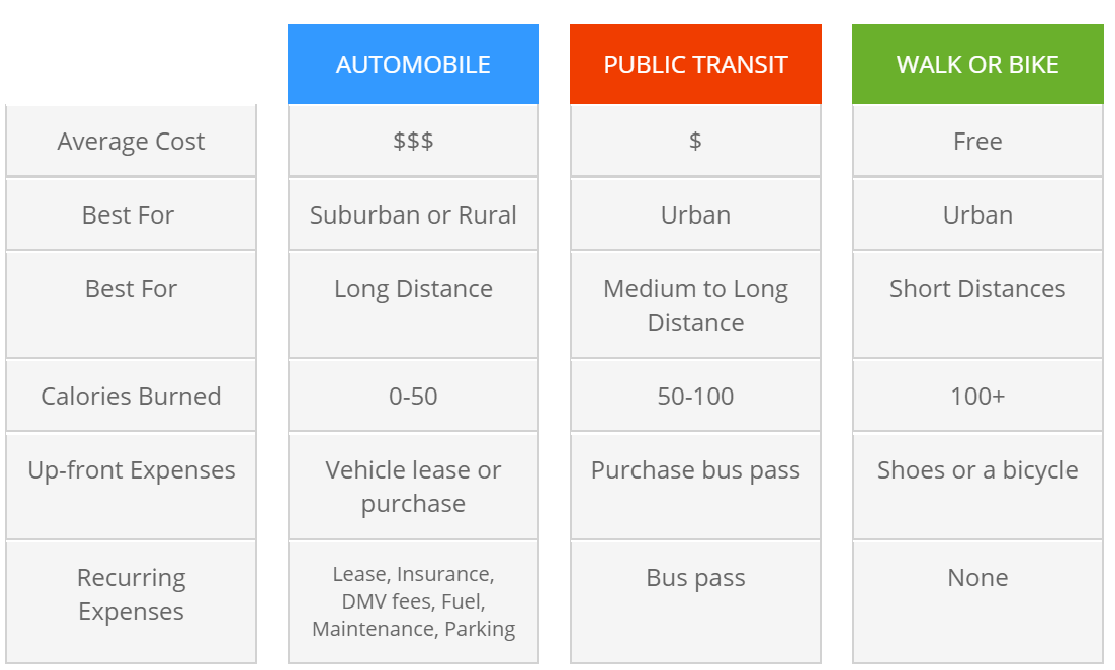 Looking at the chart there are pros and cons of the three transportation options.

Benefits of Eating at Home

Eating at home can be a great way to cut back on expenses. Most meals out cost $5 to $10 plus the cost of driving or delivery. Choosing to reduce just one or two meals out per week can save $250-500 a year. Reducing meals out all together can save $1,000+ for most of us.

If you’re unsure how to start cooking at home try starting with some staple foods. These include: pasta, potatoes, eggs, rice, and beans. There’s a lot of ways they can be paired together and the cost per meal should be $1-2.

Action: Choose to eat at home more often. It’s better for your health and your wallet.

Negotiate Or Comparison Shop and Save Hundreds a Year

Make sure you're paying the right amount for what you need and are using.

Make sure you're cell phone and internet are competitive.

Review subscriptions and cancel those that aren't being used often. Look at competitors for free trials or downgrade to free plan if offered.